“All of the rumours keeping me grounded…”

Over the past year Alien Workshop has faced its most difficult period, with ownership passing through numerous hands, alongside icons, (both young and old), departing from the company. As if to overshadow what would happen to Alien in subsequent years, Morrissey’s lyrics that accompanied Heath Kirchart in ‘Mind Field’ have become a fitting epitaph to the final days of one of the greatest skateboard companies to exist.

Though the behind the scenes aspect has been turbulent for a few years, in early 2013 all seemed well. Prodigal son Dylan Rieder was hot property in the midst of shoe sponsor deals, whilst Jake Johnson and Gilbert Crockett were early into their pro careers, made official by Alien Workshop’s ‘Cinematographer Project’ part that showcased the now solid team.

While unfortunately without Josh Kalis or Arto Saari, but devoid of sky worshipers of the company’s ‘Mind Field’ days and with ownership in the hands of longest serving rider Rob Dyrdek; lifelong members Anthony Van Engelen and Jason Dill were guiding and building the team as they saw fit. Alien Workshop seemed to be coming out on top again…

It has now been just over a year since AVE and Dill delivered that handwritten note on May 1st stating that:

Our decision to leave the Workshop is painfully difficult… It will always be the greatest times of our lives… The time we spent growing up with the Alien Workshop. Thank you Dyrdek. Thank you Carter. Thank you Mike Hill. Sincerely, Dill & AVE.

Whatever AVE and Dill were planning was obviously going to be ‘their company’ as rumours of ‘Fucking Awesome’ skateboards spread initially. Months went on leaving us puzzled as to why the two riders, who embodied the brand and built the company roster to what it was, would walk out. It’s safe to argue that they symbolized the brand as much as Chris Carter and Mike Hill and that Dylan, Gilbert, Donvon Piscopo, Big John and Terps’ welcoming to the company was thanks to them. But while managing the team was their official role, after fifteen years they were “just riders” as AVE put it when shedding some light on the matter. Hearing, “We watched the company get bought and sold…to the point where I didn’t know what was going on in the end. I didn’t know that the company was sold from Dyrdek and then bought back by him until after all that happened.” was surprising but I guess after sticking by the company only to be left in the dark would make it hard to stay.

Despite losing the godfathers, Workshop still seemed strong over the following summer. Amidst more whispers of Dylan, Gilbert, Jake and Grant all leaving for other companies, came ‘TOUROHIO’, another addition to the ‘Life Splicing’ video series. With trademark art style, alongside the afore-mentioned riders killing it and representing Workshop – the brand seemed to have recovered. The majority of the clip featured Grant Taylor, apparently there to stay until only a matter of weeks later Kevin Terpening dished the news Grant had left. Without even an official word on the matter aside from his name vanishing from the website, was this the first sign the Workshop was beginning to unravel without AVE and Dill?

As the New Year rolled around, Dylan Rieder seemed to be staying true to the company. Although mumbles were frequent about Dylan jumping ship, he was constantly on Workshop boards throughout Summer ’13. Street League, HUF tours, it looked like he was staying put up until when 2014 dawned. The prospect of Dylan leaving became more likely after him declaring, “I think it’s the dawn of a new age. That’s all I can say about that” in regards to a possible change of board sponsor in a Transworld interview.

Spotted riding FA boards on a HUF tour, it was still unclear exactly where he’d go but unfortunately, Dylan’s days with the Workshop were at an end. After delivering a groundbreaking part in cherry a matter of months ago, it was made official that Dylan had joined Fucking Awesome. Evidently not an easy choice after growing up with the Workshop, “but with Grant, Dill, and AVE leaving, it didn’t really feel like the Workshop I rode for” and “there’s no replacing somebody like Grant Taylor.”

Sadly, there’s no replacing Dylan Rieder either as I assume a large chunk of board sales were down to him in recent years. I believed if Alien were to rebuild then Dylan, Gilbert and Jake would be at the forefront of this as my generation’s equivalent Heath, AVE and Dill with the brand. With Dylan gone, the final of AVE and Dill’s circle, Big John and Donvon Piscopo, would follow as the last to have apparently swapped sides.

Vacant as the team now was, it seemed they could have gone on to something great as Omar Salazar, Jake Johnson, Gilbert Crockett and Tyler Bledsoe are still a force to be reckoned with. The financial side may have been improved without pay checks to some of the departed heavy hitters and it didn’t seem that enough time had passed for their exit to affect board sales so drastically. Though Jake was constantly flirting with no-comply enthusiasts he was there to stay according to him, and Gilbert made it clear he was happy with Alien. Despite Heath’s retirement a few years ago, the site still listed him as a rider so it’s tricky to imagine that he wasn’t involved with the company. While it once again seemed like Alien Workshop could be on stable ground, this also wouldn’t last….

Which brings us to now. Like one year ago when we were left with nothing but that note from AVE and Dill; our first indication was a 40oz being poured via AVE’s Instagram, followed later that day by an alien funeral post on Gilbert’s. The inference was obvious and the following day everyone from Strobeck to Kerry Getz delivered the memorial web posts. After 24 years the Sovereign Sect of Alien Workshop was no more. Some might have predicted these past 12 months as the final stretch but with an entity of such influence, you never really wanted to admit it – I didn’t. 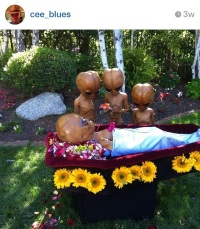 What will happen to Habitat beg the question as parent company PVH has seemingly closed down all of DNA. However Castrucci has been teasing online that he has something up his sleeve from D-Day, and it seems likely that Habitat will live on. Whether it be through another distributor or not is currently unknown but it’s remarkable that despite Austyn Gillette’s departure, Castrucci and co appeared unaffected by the financial problems that hit the Workshop so hard.

Fittingly, the situation is still encircled with rumour and mystery as it is alleged that both Castrucci and Dyrdek are currently taking the matter to court for the rights to both the Alien Workshop and Habitat names. Meanwhile Kalis–related rumours that everything will go back to Dyrdek are currently doing the rounds, but the eventual conclusion to the whole debacle still remains unclear. 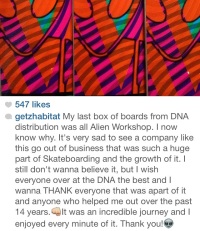 In regards to what was left of the team, they’ve got to be applauded for sticking it out until the end. With Jake Johnson now sponsored by Converse, he could have the financial stability to ride for another company. He has however said he’d like to wait it out, to see if the company can get through this, thankfully hinting at the chance of AWS’ return. While Omar, Gilbert and Bledsoe may move to another brand, it would be amazing to see them wait it out with Jake and be re-abducted into the Workshop. If this is the case, it’s also exciting to speculate that a Heath comeback could be possible if the brand resurfaces. (Well, in my mind anyway…).

The lingering question remains of ‘who, if anyone, is to blame in all this’? No doubt fingers will be pointed at Rob Dyrdek and although owning the company but leaving everything down to Carter, Hill, AVE and Dill made perfect sense, the later partnership with PVH was risky as they appeared to be on somewhat rocky ground too: (if the information floating around the web is to be believed). But remember Kalis revealed that Rob Dyrdek lost millions out of his own pocket to keep the company afloat, implying that the riders would have been paid directly by him for a time. Lastly, if Dyrdek hadn’t purchased DNA from Burton, who’s to know whether it wouldn’t have been cut two years ago along with Gravis and Analog?

AVE and Dill might be considered the catalyst for the other guys leaving; but I can’t imagine the difficulty in walking away from something so integral to your career and life. Last of all, perhaps it’s just time and the ever-changing nature of the skateboarding industry that Sect devotees need to face up to. 24 years is a long time for any company to survive in this world and we can see others with that lineage struggling to keep their graphics and approach interesting. 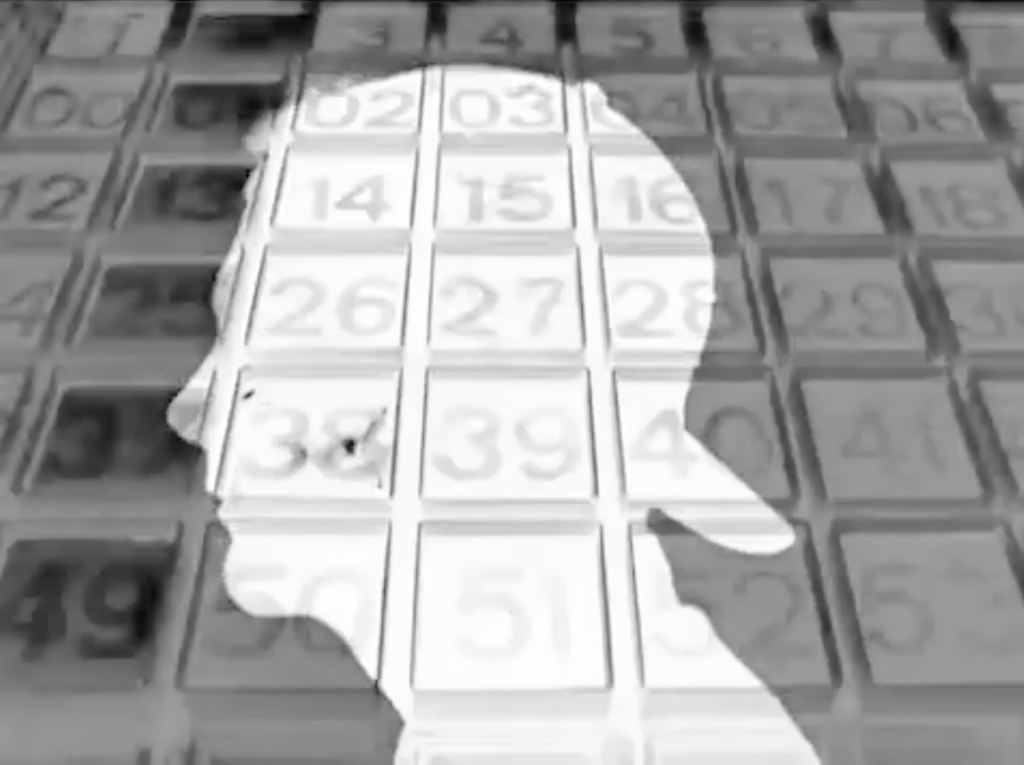 If Hill and Carter don’t pick the brand back up then personally I hope that it doesn’t come back as a pale imitation of itself as we’ve unfortunately seen with ‘reborn’ board companies before.

Tearful-speculation aside – what are we left with in terms of a legacy at this point? Carter, Hill, Blender, Castrucci, Greg Hunt, Pendleton, Heath, Dyrdek, Kalis, Arto, Dylan, Salazar, Bledsoe, Johnson, Gilbert, Dill, AVE, Dinosaur Jr, Animal Collective, Radiohead and other enduring contributors to an incredible and unique skateboard company. From Memory Screen to Time Code, Photosynthesis to Mind Field – one thing that is beyond doubt is that the legacy and influence that Alien Workshop has had within skateboarding will live on forever.

Hopefully the rumours aren’t completely unfounded and there’s still hope, but for now… 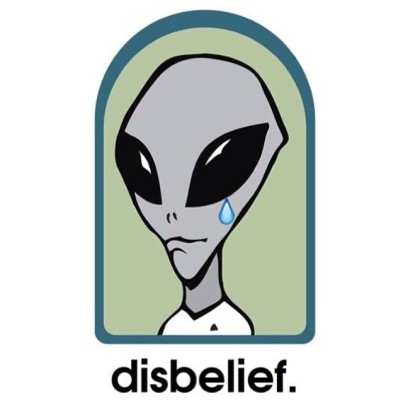 One thought on “Alien Workshop: A Year In Retrospect”